I Fed Lines From My Short Story Into DALL·E

When you save an image from Open AI’s DALL·E to your collection on the site, the attribution says your name x DALL·E “Human & AI”:

I have a range of odd emotions about how to even consider what part is considered mine in the creation process and what the AI has made after drinking the internet. 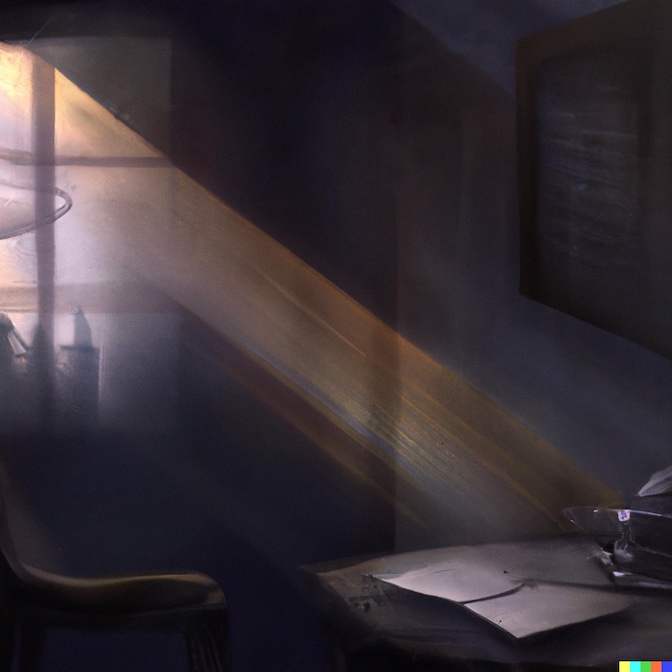 I’ve had a draft of a short story called Subversion sitting on my hard drive for too long. After playing around with lines from the story and seeing the images from DALL·E I finally posted it. The images that came out of the system surprised me. They’re not like what I had in my head while I wrote the story. The process reminds me of teaching juxtaposition in video editing classes years ago: cutting together Video A + Video B creates a new meaning C. The output from the AI is something new.

Months ago, I considered working with a (human) artist to draw an image based on the story but in that alternate path I’m not sure if any of the images they might have produced would be similar to what I had in my head either. Communication with anyone, human or freaky image producing AI, is difficult.

“How can I explain a poem to you that I only remember the feeling of?” ~ Subversion 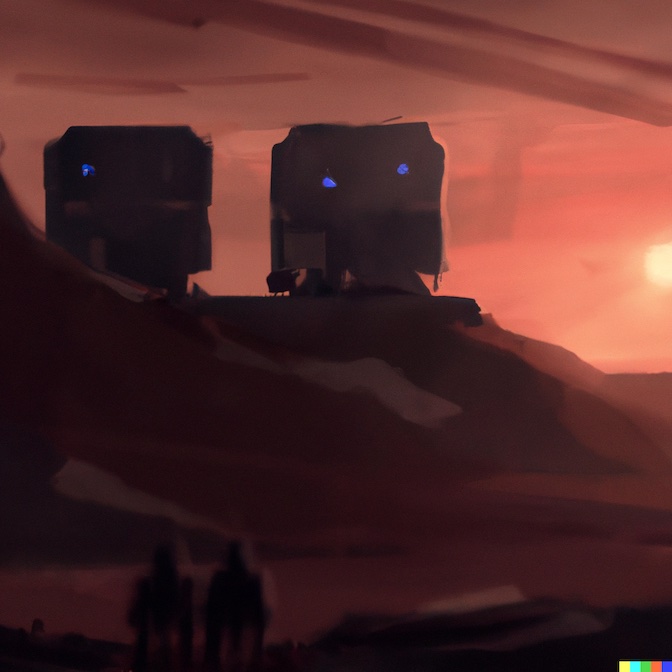 One of the suggestions for input prompts into DALL·E is to add “… in the style of X”. I love the cover art that John Harris made for John Scalzi’s Old Man’s War, so of course that’s what I fed in as input to see what it would look like. 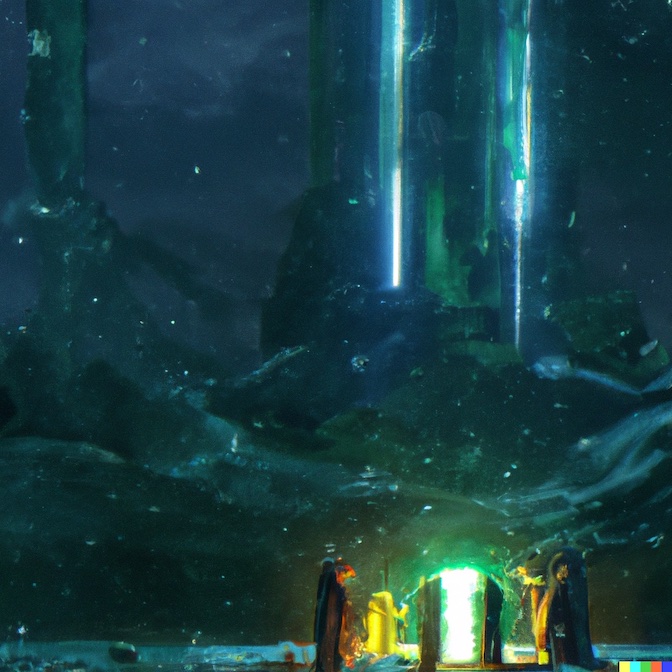 The results are wild! I tried a lot of different variations and lines from my story. The obvious ethical question though is: John Harris is a living artist. Am I copying his style? Am I remixing? Is the AI dreaming of loosely related pixels that we think look kind of like John Harris’ work? 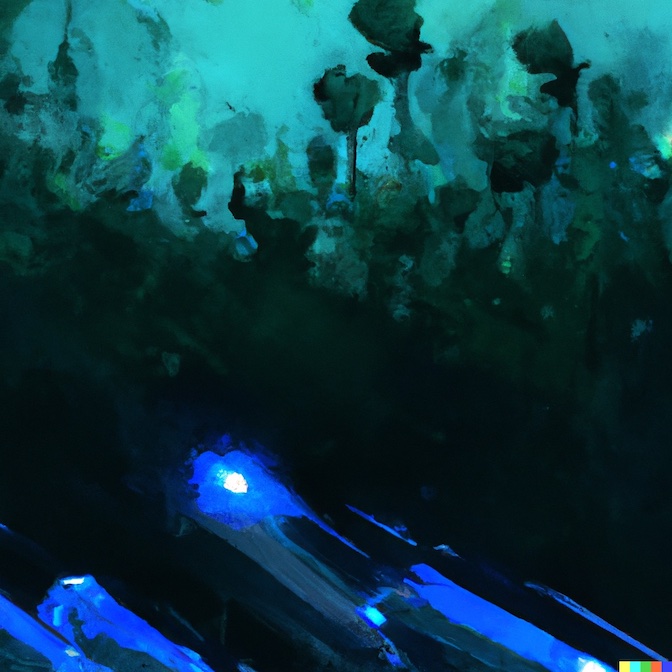 The attribution links to DALL·E again only mentions my name + the AI. For some, if you click the image you can see the original input that produced the image. They include “… in the style of John Harris.” I don’t think there’s a likely version of the universe where John Harris paints these images for me. Are these AI produced images good enough for my little sci-fi short story? They’re better than I hoped.

“We build what we do not understand and we know what we have done only once we destroy the systems upon which we depend. We are mad men among the stars.” ~ Subversion

The story has themes around lost knowledge and attempts to restore things now gone. There’s no direct connection to AI in the story, but creating these images does have me wondering what we might lose along the way. 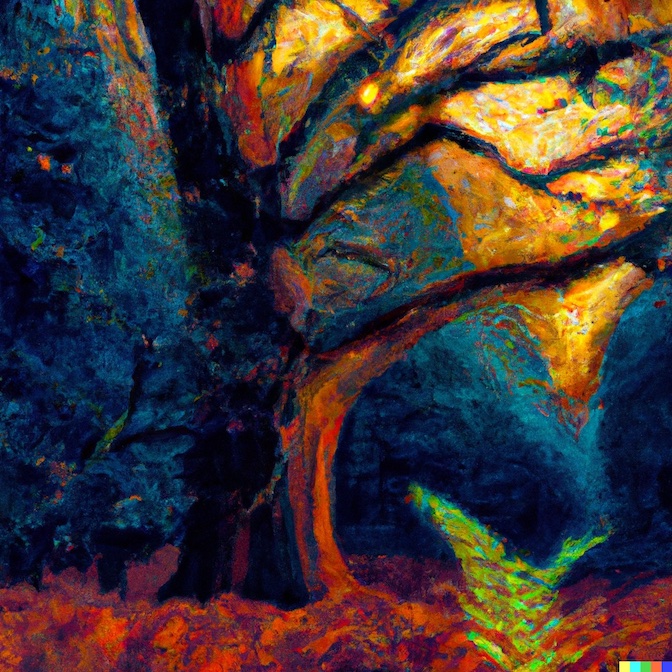